UK EPP was established after and because Cameron took the Conservative Party out of the EPP.

The Conservative Party's new alliances included President Putin's United Russia (sustained until after the invasion of the Crimea). 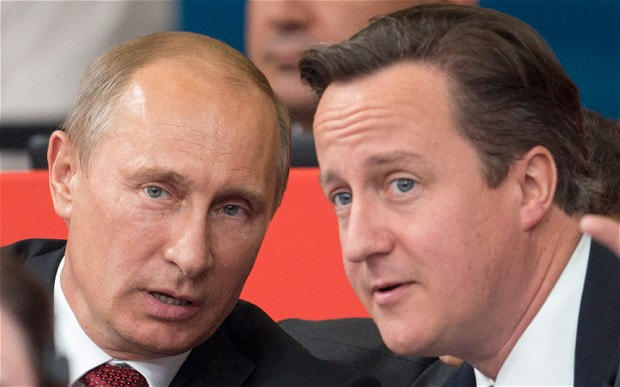 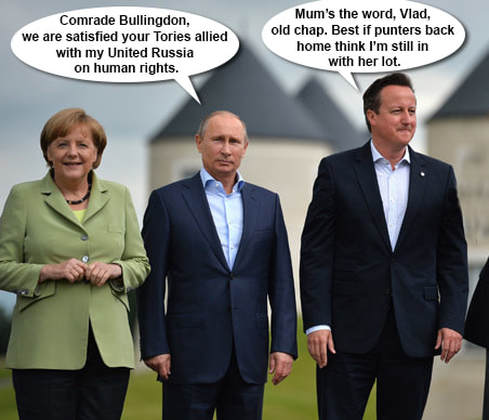 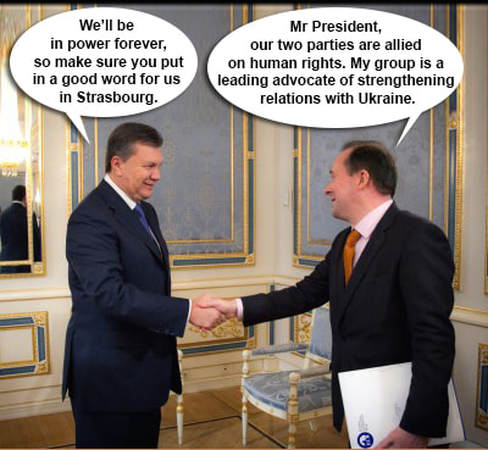 Tory blushes deepen over activities of Conservative Friends of Russia 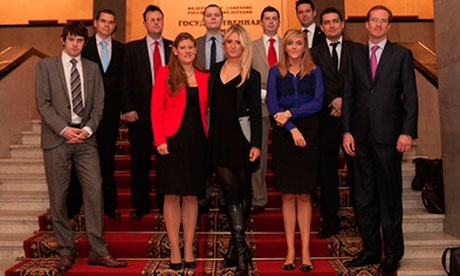 ​Members of the Conservative Friends of Russia pose on the staircase of Russia's Duma. Richard Royal, the group's executive committee chairman, is back row far right.


​It seemed like the perfect fact-finding mission. Ten days in Moscow and St Petersburg, trips to the state ballet (Figaro and Don Quixote), and meetings with top Russian politicians. There was a visit to the world-famous Hermitage Museum. Not to mention gala dinners and an afternoon sightseeing at the Kremlin.


At least four activists from the Conservative Friends of Russia group took part in the trip in September. A photo shows the Tories posing on a red carpet inside the Duma, Russia's state parliament. The official itinerary describes them, flatteringly, as "young political leaders from Great Britain". Best of all, a Russian federal cultural agency, Rossotrudnichestvo, picked up the bill for travel, hotel and tickets.


Three months later, the group is in disarray, amid questions about its behind-the-scenes links to the Russian embassy in London and its alleged uncritical cheerleading for Vladimir Putin. Last week, its honorary president, Sir Malcolm Rifkind, resigned. Rifkind said he had been unhappy for some time about the group's behaviour and "political direction".


The "final straw" came when Conservative Friends of Russia launched a scurrilous attack on the Labour MP Chris Bryant, and posted a photo of Bryant in his Y-fronts, Rifkind said. More resignations followed. Since the weekend, two more Tory MPs have quit, Robert Buckland and deputy speaker Nigel Evans.


Most humiliating of all, Prince Michael of Kent – a Russian-speaker who looks uncannily like Russia's last tsar – pulled out of the group's "old" new year dinnerat the SamarQuand restaurant.


Its woes will deepen on Saturday with revelations that the Russian diplomat liaising with Conservative Friends of Russia is the son of a top-ranking Moscow spy. Officially, Sergey Nalobin is first secretary in the embassy's political section. Until Wednesday, he described himself jokingly on his Twitter account as a "brutal agent of the Putin dictatorship:)". On Thursday, the remark was mysteriously deleted.

Nalobin's Twitter feed – also now cleaned up – showed him posing with British politicians, including the Europe minister, David Lidington, and Lidington's Labour shadow, Emma Reynolds. It featured a shot of Boris Johnson and the back of William Hague's head. Nalobin attended the recent Labour and Tory party conferences as a diplomatic observer.


According to Russian press reports, Nalobin's father, Nikolai, is a successful KGB agent who reached the rank of general. Nikolai Nalobin was also a major figure in the FSB, the KGB's successor agency, rising to become deputy head of the FSB department investigating economic crime.


According to Marina Litvinenko, widow of the murdered Russian dissident Alexander Litvinenko, Nikolai Nalobin was her late husband's boss. Litvinenko worked for the FSB in the 1990s before fleeing to Britain in 2000. Before his assignment in London, Sergey Nalobin was employed as special adviser to Vladimir Titov, Russia's deputy foreign minister. Titov is also the son of a celebrated KGB general.


Emails seen by the Guardian show that Nalobin was the Conservative Friends of Russia's contact in the Russian embassy. According to Sergei Cristo, a Russian-born Tory activist, it was Nalobin who arranged the trip to Moscow and who invited the group to hold its launch party in August in the Kensington garden of the Russian ambassador, Alexander Yakovenko. Prizes included a biography of Vladimir Putin; there was also vodka and a barbecue.


Nalobin – a balding, bespectacled figure – was at the event together with Richard Royal, a PR lobbyist, and the executive committee chairman of Conservative Friends of Russia. Other attendees included Tory MP John Whittingdale, influential chairman of the culture select committee​. Nalobin met Royal a few days before the group flew to Moscow. On Tuesday, Whittingdale hosted a visit to Westminster by a delegation of United Russia officials, led by Kremlin spin doctor Alexei Pushkov.


The emails reveal that Nalobin received explicit instructions from Moscow to deepen co-operation between the Tory party and Putin's United Russia party in the Council of Europe parliamentary assembly.


Tory MPs have repeatedly voted with their Russian colleagues against motions the Kremlin regards as hostile. Privately, several Tory MPs have voiced misgivings about this alliance, and argue that it damages Conservative credibility on human rights.


On Friday, Royal refused to comment. Previously he has dismissed criticism of his group as unfair. It receives no money from Russia, is run by volunteers, and exists to promote dialogue between London and Moscow, he has said. Royal adds that he has apologised to Bryant, who survived a Tory attempt this week to unseat him as chair of the all-party parliamentary group on Russia, a body known for its tough anti-Putin stance.


During the Moscow trip, Royal says he attended a Free Pussy Riot concert.


Critics, however, have dubbed the organisation "Tories for Putin". They accuse its members of ignoring Russia's opposition and pro-democracy movement in an attempt to cash in on possible future lucrative Russian contracts. Bryant, a former Europe minister, told the Guardian: "It seems mighty odd that Conservative Friends of Russia would want to align itself so closely with a regime that many have described as kleptocratic, oppressive and denying freedom of speech."


Certainly, there are murky aspects to the story. Cristo, a well-connected Tory party fundraiser, met Nalobin several times in 2010 and 2011. He alleges that Nalobin told him that UK-registered, Russian-owned companies might be willing to make donations to the Conservative party. No names were mentioned, however, and the offer fizzled out. Nalobin also asked if Cristo knew of ambitious young Tories who might be willing to take part in a Kremlin youth forum – all expenses paid by the Russian government.


Cristo said: "Soon after arriving in London, he [Nalobin] told me that his masters back in Moscow wanted to build on the relationship of Putin's United Russia party with Britain's Conservatives in the Council of Europe and that he wanted United Russia to be officially affiliated with our party.


"There was also a suggestion that UK-registered but Russian-owned companies might well be willing to make financial contributions to the Conservatives."


Cristo scathingly describes Conservative Friends of Russia as a "muppet show". He adds: "Its executive committee did not seem to include a single critic of the Russian regime."


Emma Reynolds MP, meanwhile, says that she met Nalobin several times, most recently at the Labour party conference in Brighton. The Russian diplomat suggested it would be a good idea to set up a Labour Friends of Russia. She declined. They posed for a Twitpic, now deleted. Reynolds said she was not against a Labour group, so long as it was genuinely independent and "not set up by the embassy".